Many people in music industry insist that the album is dead. Although the last decade shows that music lovers still buy albums and not less than it was in times of CDs. Let’s review the most sold albums of 2000s. You may find and download full albums free with MP3jam.

“Is This It” is the debut studio album by American indie rock band The Strokes. It entered the UK Albums Chart at number two and peaked at number 33 on the U.S. Billboard 200, going on to achieve platinum status in several markets.

“Love and Theft” is the 31st studio album by American singer-songwriter Bob Dylan. It peaked at #5 on the Billboard 200, and has been certified with a gold album by the RIAA.

This is  is the debut album by English indie rock band Arctic Monkeys. It has become the fastest selling debut album in British music history, shifting over 360,000 copies in its first week. It incorporated most popular songs by Arctic Monkeys, such as

The Blueprint is the sixth studio album by American rapper Jay-Z who was awaiting two criminal trials at the time of recording. The album is also famous for its producer Kanye West’s big breakout as a major producer.

“Stankonia” is the fourth studio album by American hip hop duo OutKast. The album debuted at number two on the U.S. Billboard 200 chart, selling over 530,000 copies the first week.

“In Rainbows” is the 7th studio album by the English alternative rock band Radiohead. It was self-released as a download via a pay-what-you-want model, followed by a standard CD release.

“The College Dropout” is the debut album by American hip hop artist Kanye West. The album debuted at number two on the US Billboard 200 chart, selling 441,000 copies during its first week. The College Dropout also received Grammy Award for Best Rap Album.

“The Marshall Mathers LP” is the third studio album by famous American rapper Eminem. The album sold more than 1.76 million copies in the US in the first week alone, becoming the fastest-selling studio album by any solo artist in American music history.

“All That You Can’t Leave Behind” is the 10th studio album by famous rock band U2. The album received widespread critical acclaim and sold over 12 million copies. The record and its songs won seven Grammy Awards.

“Back to Black” is the second studio album by Amy Winehouse. It incorporates Amy’s well-known hits “Rehab”, “You Know I’m No Good”, “Back to Black”, “Tears Dry on Their Own”. At the 50th Annual Grammy Awards ceremony, Back to Black won Best Pop Vocal Album and was also announced as the UK’s second best-selling album of the 21st century, having sold 3.5 million copies in the UK alone. 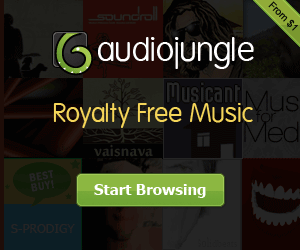